In response to WP Weekly Photo Challenge: A Face in the Crowd.

The apparition of these faces in the crowd:
Petals on a wet, black bough.
—Ezra Pound

I’m worried about myself. I sort of pledged to myself that I wouldn’t be doing any 365 challenge crap ever again but that’s exactly what I appear to be doing. Fortunately, there were no witnesses to my pledge, and the cat doesn’t talk. So here’s another week’s worth of a photo a day on my Instagram. 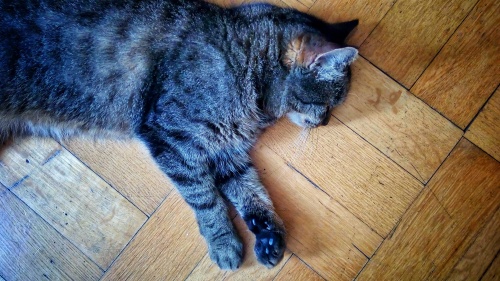 Not much of a photo but clever, right? The sweet sixteen.

My interpretation of this week’s clue is even looser than usual (not to be confused with loser, though the latter also incidentally applies). I don’t know what’s sweet about solitude and the picture doesn’t even capture solitude (there were plenty of people around), but I make a rule of not taking pictures of food. Sweet food in particular. Why look at food you can’t eat? What kind of devilish self-torture is that?

Last week has been uneventful, much as my entire life. Thanks the universe for that. I hate everything but eventfulness especially. I have captured each non-event of each uneventful day in one non-picture.

I’ve complained earlier of having been unanimously by one out of one vote appointed the concierge. I’m still hating it, faithful to my principle of hating everything and everyone.

A more appropriate word for concierge is the janitor, which is an all-in-one function, rolling into a single person an administrator, an electrician, a plumber and a cleaner, among other things. No qualifications are required because other people don’t know what they’re doing either anyway.

On a Friday morning, I woke up to the sound of water gurgling more angrily than usual in the radiators. That means one thing. I gotta go down to the boiler room and pressurise the boiler. I duly did. The water stopped splashing and I was pleased with myself, thinking how nicely I fixed it.

An hour later I noticed the radiators stopped heating altogether. Also, there was no hot water. Oops. So back to the cellar I descend to examine. The meter shows the whopping pressure of zero. Hmm. I move a few handles tentatively, waiting for something to magically happen. After another hour I break and call the actual plumber.

He’s pretty displeased because it’s Friday and people don’t expect to work on a Friday, unless they’re freelancers, like me, who work 24/7 and rest only when they’re interned in the psych ward with acute overwork. The plumber came and scolded me for clearly not knowing how to pressurise the boiler properly. Dear plumber, I’m a fucking doctor of literature, of course I don’t know how to treat a boiler, but I did exactly what you showed me to do to it, okay?

The plumber started repressurising. It was taking forever and the pressure refused to climb. I guess it was feeling lazy. See above for nobody works on a Friday. The plumber says, That’s weird, it’s like the water is disappearing. I scream internally. I don’t believe in magic disappearances. I say, What do you mean, disappearing, like leaking? The plumber confirms. I’m trying to wrap my mind around it as the plumber sends me out to check all the flats  in the building for radiator leaks.

I don’t get too far. There’s the sound of a waterfall in the cellar next to the boiler room. Properly freaked out, I throw the door open and step in a pool of water as I’m reaching for the light switch. There’s a hole in the ceiling and a thick stream is pouring down from it. I scream literally. The plumber rushes to see if I saw a ghost or what and whistles appreciatively, as he observes the make-shift waterfall. The building has just upgraded to a swimming pool.

What’s above here, the plumber gestures up, clearly delighted to have a little excitement to spice up his dull shift. That would be my flat, I say. Alright, let’s see your flat then, the plumber suggests. My flat is all clear, which is good news, the plumber offers, as he notices my white face. There’s no fucking good news when there’s a fucking hole in the fucking cellar ceiling!! It’s like comforting a dying guy with telling him that at least, when he’s dead, he won’t have to pay health insurance.

What’s next to you, the plumber inquires. An empty bar, I say. We pay a visit there and the plumber is insensitively cheerful to see it flooded. Here you go, he shouts enthusiastically, that’s your leak! I remain quiet and catatonic. The plumber sends me back to my flat to take a Lexaurin and sets off to fetch his mates, so they could have some fun too.

The leak turned out to have been caused by an exploded radiator, which some dumbass didn’t shut down properly and which burst with excitement when the outside temperature dropped too low. I was relieved that I didn’t break the boiler but spent the rest of the day trying to sweep the water from the flooded areas. It was like, uh, sweeping water. Being a janitor is a great job. Not.

If I liked something about where I live, which I don’t, it would be the sheer ugliness of the place. When I see death and decay, I know I’m home, sort of. 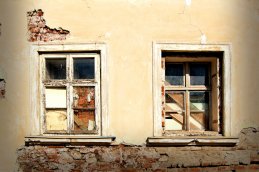 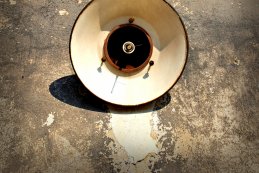 I do crap. Because I can. I mean, because I can’t. Can’t do better, that is. Since you appear not to hate my Instagram-to-WordPress reposts enough, you have condemned yourselves to another week’s worth of instant snaps. One day, one snap. Each snap is crap with an even crappier story to go with it. Here’s proof.

The other thing I love, besides my cat. Contrary to popular belief, you don’t have to have a Mac to love your computer. I have a Lenovo called Lena and she’s perfectly lovable as she is. Of course, Windows keep on trying to ruin her, but nothing’s perfectly perfect.