This is literally a cat on a hot tin roof. 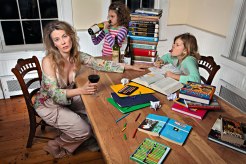 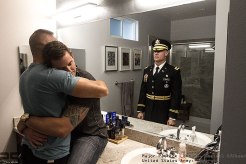 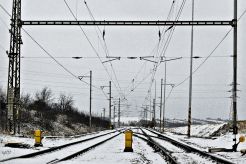 Too loud to silence

Too large to contain

Swirling in the brain

That needs a break

The first email that I received in the New Year was by Professor Pfeiffer, one of the aldermen on the board designed to protect, provide for and punish the English Department’s doctoral students as required at a particular moment. In his email, Professor Pfeiffer confused New Year rituals with Christmas rituals and randomly decided to present the gift of a grant project participation to a set of selected students.

I know better than to take the professor seriously, as he is infamous for seeking to impose order on the natural chaos of the academic universe and unerringly failing pathetically in the attempt. Besides his ill repute as an organiser, Professor Pfeiffer has been apparently drinking heavily in celebration of the arrival of the New Year and the exam period, which showed in the curiously contorted language and style of his email:

a successful New Year is wished to y’all! It is my pleasure to inform you that you have been picked to participate in a grant project that will dispatch you to two conferences abroad and PAY FOR IT. Yay! If you’re not interested, let me know ASAP. Otherwise send me until Saturday [sic!]:

I may or may not be fabricating a little, it is however true that the email was written partly in Czech and partly in English, which presented a particular challenge in decoding the meaning. With little hopes in the seriousness of professor’s immodest proposal, I promptly emailed back, attaching my resume, my conferences and my nude photo. Joking distastefully. I chose a conference in Scotland as justified by the strong argument that I do Scottish Literature, and a conference in Finland, based on the explanation that I’ve never been to Scandinavia. I’ve never been to Canada either but I didn’t dare to be too demanding.

The professor didn’t confirm the receipt of my elaborate email because as a professor, he is aloof from the ordinary course of studentkind. I get it. If the academia ever becomes silly enough to award me a professorship, I will soar so high that Google will use me as a vantage point for their bird’s eye view maps.

I was honoured by a personalised email first, which I cherish as a holy relic. It was a brief but affectionate note, which is striking, considering that the department’s head scares the head off me and that we are by no means on first name terms – not even on speaking terms for the matter because I’m afraid of her so much. She wrote with multiple typos that I took the liberty of clearing in this transcript:

A group email followed shortly, addressed to about a hundred people who have or had any affiliations with the department in the past ten years or so, including drop-out postgraduates, employees on maternity leave, IT helpdesk, cleaners, the janitor and the ghost of the department chair past. Lena, or Professor Vickerman, neither uses blind copy nor does she ever update her mailing list, and there’s no Unsubscribe link either. Thus she wrote to half of the small university town as follows:

very nice conference requests you sent to me, very nice and very smart, but. But one of the conferences HAS TO TAKE PLACE IN 2016!! So, off to the darknet you go and don’t return until you have one conference for 2016.

I was wondering who plans ScotLit conferences two years ahead. I’m not wondering anymore because I soon knew the answer. No one. There is one conference known to be in 2016 distantly related to the subject, which is the big-time big-deal all-around annual gathering of the European Society for the Study of English. I neither precisely study English, nor do I particularly want to go to a mass event of this scale, but. But I’ve never been to Galway, Ireland, so. I’ll keep you posted – in 2016!

If Classic Writers Wrote for the Internet…

If Classic Characters Had Mugshots… 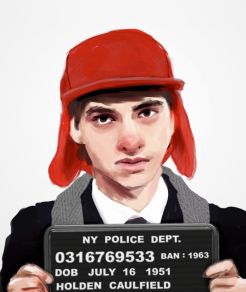 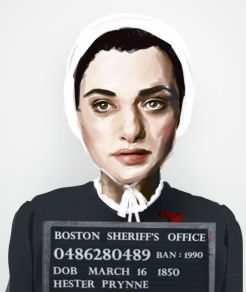 If Classic Writers Could Read These Reviews… 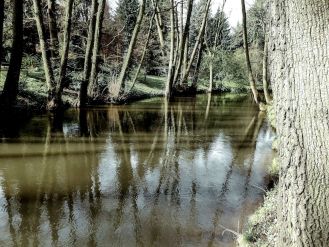 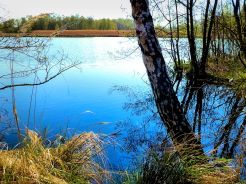 Who kisses three times on the cheek?

He is all the three;

He was wearing glasses and a smile

When he kissed me

Three times on the cheek. 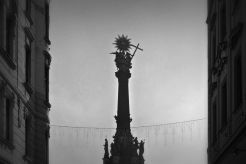 My today’s contribution to lovely Lucile’s Photo 101 Rehab session is a shot of a plague column, a structure often found at the main square of cities in these parts. It was supposed to protect the inhabitants from pestilence, though how exactly remains uncertain.

As always, the photo was taken by my child-toy Nikon D80 and edited in Corel PaintShop. Here are the major edits I performed: