I have no sisters and an only brother, eleven years my senior. Reportedly, he was the happiest young boy ever when our mother brought him a baby sister from the hospital. (That says a lot, as I assume an average person would much rather have a puppy or a kitty than a sibling. I’ll have the kitty, please.) Throughout our respective childhoods, we liked each other a lot, though we rarely spent time together. Of course, a sixteen-year-old wants to hang out with his peers and looks to procuring beer and fags, not to play with a first-grader. (Dear North American reader, my brother doesn’t happen to be gay, neither was he chasing gays, fags is what cigarettes are called in these parts.)

I couldn’t pronounce the r in George until an alarmingly advanced age, so I whimsically renamed my brother George to Jerry. (Why, yes, I know now, but I didn’t notice back then that there is not one, but double r in Jerry.) George aka Jerry had it tough, as became immediately clear to me when I got old enough to have some sense of my surroundings. A secondary school and later a vocational school dropout, he was persecuted by our parents and sought refuge with relatives, friends and whatnot. Occasionally he confided in me, and once he took me to his companions’ den. It was in a dilapidated summer house in a park, and the entry was through a trap door in the ceiling. There was smoking, drinking and card playing. I loved it.

At eighteen, my brother was drafted for compulsory military service. He hated it, attempted to desert and was eventually diagnosed with asthma and dismissed. (Rumour has it that not before he chain-smoked two packets of cigarettes, resulting in an asthmatic seizure.) That much to me taking pride in my soldier brother, comely in a new buzz cut and uniform, complete with a cap. I didn’t have the chance to spot him marching in formation, though we travelled across the country to attend a parade of new recruits swearing their oath. Jerry swore nothing because he was assigned to guarding the flag somewhere off the parade square. (It’s not like anyone would steal a flag, right?)

At twenty-one, my brother rang the doorbell one winter evening after dark and asked me to go ice-skating with him for a while. Surprisingly, my mother allowed me to go. Jerry was not alone. I never realised he was dating someone, and his announcement that he was getting married came out of nowhere. The invitation to go skating was to introduce me to his fiancée. First I didn’t mind her, and then she hugely impressed me with her ability to skate backwards. Several months later, when the bride-to-be turned eighteen and was legally old enough to marry, the reason for the unexpected marriage grew rather visible. I became an aunt to a newborn boy when I was only ten.

Ten years later, having divorced and then dated a series of wildly different girls, my brother did the right thing. He decided to complete his secondary education, whose lack was a major hindrance to his getting any other than a menial job. I wrote his English homework for him. (But I deny it.) Before the final exams, he would sit at home in a room next to mine and we would study simultaneously. My method was to learn things by heart, his was to transcribe bits from books in a notebook, very slowly and consciously. We graduated in the same year. He didn’t know that the exam would make no difference for his career.

My brother doesn’t like my husband. He never did. I wonder why. Did I complain of him unwisely when he was yet my boyfriend and failed to stress that no matter his shortcomings, I’m better off with than without him? (That’s how romantic I am.) Perhaps Jerry mistakenly believes otherwise. He didn’t show up for my wedding, though I and my significant other were there when he re-married, and I was looking forward to returning the invitation. Accidentally, my family was in the midst of an entangled feud then, and he was the only relative whom I invited. (Because I’m mean.)

Since then, we had several lengthy phone calls. It was always me calling because Jerry wouldn’t pay for the call. Whatever, I always enjoyed the good luck of being able to afford these little things. On the phone, Jerry would unfalteringly moan about his lot. It’s not like he has no reasons to complain, but it’s no great fun to listen. It hardly left me with the impression of having had a pleasant chat and actually learned what my sibling was up to. He disowned me for talking to the wrong relative in our ongoing family feud. I don’t plan to reach out to him any time soon; I prefer to think of him as the young boy who was very fond of his baby sister.

My cat is apparently about to rise and walk in her sleep.

The silhouette of a village at nighttime. In response to WordPress Weekly Photo Challenge.

As a staunch Scotophile, I can’t resist the urge to recommend three of my favourite films based on novels by Scottish writers. They are all dark and intense — in other words, very Scottish. Trainspotting, of course, is a cult classic, and if you loved it, you’ll probably like the other two films too. Check out the trailers below!

Based on an eponymous novel by Irvine Welsh from 1993.

Originally a book by Alexander Trocchi from 1954. 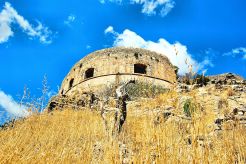 With the sharpness of steel

I have already been reminiscing about my awkward first day in the village where I’m currently exiled from civilisation in a post here. This is a follow-up on the topic of local colour in the village, whose quirkiness turned out to be disproportionately large when compared to the small size of the community. The locals, eager to assimilate me like the Zombie or the Borg, have been feeding me stories ever since I moved in. If you think that nothing ever happens in small villages in the middle of corn fields, read on and/or watch Children of the Corn.

Euphemistically speaking, the villagers are a tightly-knit community. Calling a spade a spade, everybody is everybody else’s business here. There is the small-village obligation of saying good morning to any person you meet in the street. I’ve witnessed my granddad chastising a teenager who failed to say hello to him. The boy, with tail between legs (pun not intended), apologised, clearly overcome by a sense of guilt. I’m being shouted at hello by random people all the time. I thought they were confusing me with someone they knew until I learned how greetings work here.

An elder person in the street has the right, and possibly the civil duty, to demand that you identify yourself on the spot. The inquirer won’t want to see your ID, but they’d insist that you name your parents and their parents and locate your native house and your current residence. I’ve been repeatedly forced to identify myself as the wife of Tom Eastern, the eldest son of the Easterns of the neighbouring village, currently residing at my husband’s grandparents’ house. I’m however regarded as suspicious because I can’t name the neighbours living up to ten houses to the left and to the right from our house, the same across the street.

I didn’t know that there was a men’s mental asylum in neighbourhood and that some of the more sane inmates were allowed to go out unaccompanied. I learned the hard way. I was walking in the village’s single long street, minding my own business, when a disturbingly smiling middle-aged man came towards me. He said hello and so did I. Suddenly, he shoved a toy tank in my face and called out triumphantly, tank! I screamed and ran. At home, I was laughed at and told that the inmates were not dangerous, unless their libido is provoked by an immodestly dressed woman. That is very comforting.

It is not clear whether the proximity of the asylum is related to criminality in the village, however, we have an impressionable record here of pub brawls, major burglaries, suspicious shooting accidents and even a murder. There was one remarkable shooting accident accompanying an annual hunting event, where dozens of hunters gather to shoot ducks because they hate their duck faces. At the end of the day, there were many shot ducks, several hares and two hunters. The hunters lived, unlike the female victim of a murder of lust. The woman was homeless and was murdered in an abandoned railway building where she squatted.

On a more cheerful note, there is a series of interesting collective traditions observed in the village. A brief research showed that some of the traditions are strictly regional and are unknown elsewhere in the country. Unfortunately, even the locals can’t explain details of their traditions, not even their purpose. That’s a shame because I’d love to know why there is a man dressed as a bear, another man dressed as a constable and more men in other unrecognisable costumes touring the village each year and asking for a drink at each house. They are usually very drunk when they get to our door and tend to throw up in our front garden. At least, this shows that the most important local colour here is slivovitz drinking. 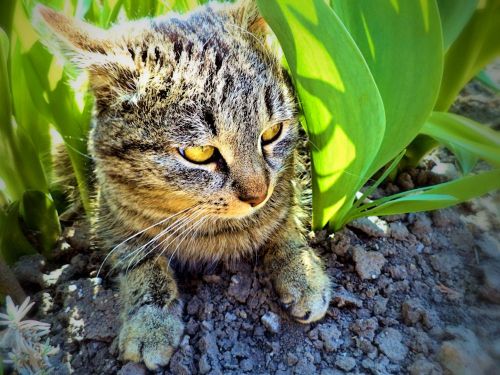 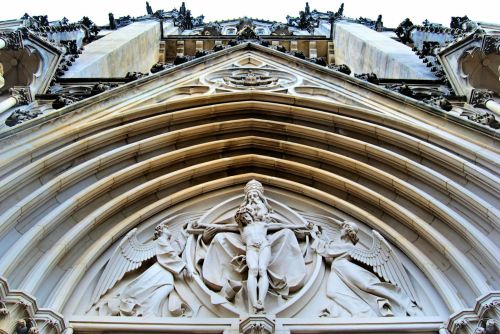 Ancient cathedrals signify to me the endurance of those who built them, centuries ago, with crude tools. Believers will find endurance here in the religious sense too. In response to WordPress Weekly Photo Challenge.