It is, I think, an indisputable fact that Americans are, as Americans, the most self-conscious people in the world, and the most addicted to the belief that the other nations of the earth are in a conspiracy to undervalue them. 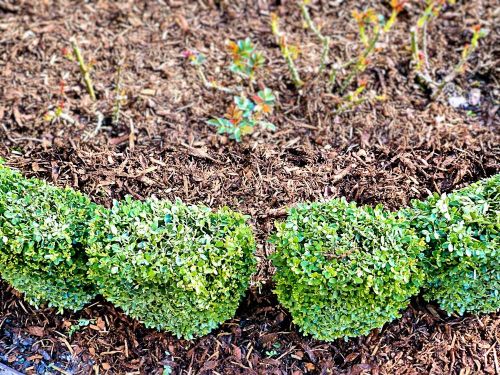 I wonder if there is a difference between shrubs and bushes. Is it that shrubs are neat, like these, and bushes not, like Bush?

Last year I attended a big-time conference about eighteenth-century Scotland. It was held in Paris, at the Sorbonne University. I’ve been to Paris before with my class as a teenager, and when we were shown the Sorbonne, the teacher told us that perhaps one day we’ll lecture there. This must have been what I was aspiring to when I boldly sent to the conference organisers my paper proposal. I have no idea what the organisers were thinking, because they accepted me as one of the speakers despite one obvious inconsistency: I submitted a paper on literature to a conference on history.

My conference trip was kindly subsidised by my university, as one of my professors apparently misguidedly believes that I might be up to something in the academia – that is, when / if I finally finish my doctoral thesis. (Hello, professor Womack!) As a junior scholar of modest means coming from a dubious Eastern European college, I felt uncomfortable at the conference, to say the least. It didn’t help that all the speakers were presenting papers about mostly obscure aspects of history, which I found heavily boring. I wonder what scholars in history even do: do they speculate what happened in bygone past? It must be guesswork because they obviously can’t know what they haven’t seen.

Literature doesn’t do guesswork. What we do is confronting what the author has written – not what s/he meant to write because that’s what the authors never tell us, either because they’re dead or because they’re liars, and sometimes they’re dead liars. Literary scholars interpret what they see. My refusal to speculate – that is, my fidelity to the methods of my discipline – was regarded as very exotic by those fellow conference participants who made the mistake of trying to socialise with me. I wish my name tag had included, besides my name and affiliation, a warning that I’m painfully shy.

The historians present comprised mostly dishevelled elderly men, so my function at the conference turned out to be primarily decorative – I may be no beauty, but I was easily the prettiest participant owing to my gender and age. So, when I finished reading my paper and the curious old men started to ask indiscrete questions – why wasn’t this or that historical person in the novel? what was the legislature concerning this or that in the period? – all I could was to smile ever so sweetly and admit that I had no idea. I wish they came up with the right kind of questions, such as asking me to account for the phallic symbols in the novel. That would be a piece of cake.

I was surprised to have been invited to submit my revised paper to be considered for publication in the post-conference print volume. I’ve known that the volume would be published for almost a year, and I received an email with details and deadline for the paper submission a month in advance. What I did was I marked the email as “to do” and ignored it until a few days before the deadline. There’s no challenge in starting your work in time, right? When I was about to get down to writing, I fell badly ill – of course I did, that’s what always happens before deadlines. So, appealing to the volume editor’s feelings, I emailed him to ask for an extended deadline and had it granted. (Thanks, Robert!)

My paper had roughly 2,000 words to start with, and the required minimum length was between 6,600 and 7,000 words. The minimum length disconcerted me for two reasons. First, what kind of number is 6,600? It’s not even a multiple of five hundred, which is the average size of my paragraph. It’s a number so ugly that it could have been easily the devilish 6,666 or, for example, 6,789. Second, short of 7,000 words is long. It’s very long; it’s wildly, extravagantly long; it’s in fact so long that it would make a substantial chapter in my dissertation. Too bad my dissertation is supposed to be on a completely different subject.

To do research for my paper, I ordered more than half a dozen of specialist books worth my two-weeks’ wages. The university library stopped satisfying my apparently fanatic demand for Scottish books years ago. I spent an alarming amount of time wrapping my new books in foil for protection and arranging them on my thematically ordered reference bookshelves. I like to watch them sitting ever so nicely in their carefully chosen places. Preparation is the key, so I made sure that I had sufficient supplies of coffee, energy drinks, chocolate and brain function supplements. I’d prefer to retire to a noiseless and husbandless place to boost my focus, sadly, if such a place exists, it doesn’t have internet connection.

I have difficulties focusing and I hate writing. It’s a puzzle why I chose a career requiring mental agility and writing skills. It’s even more intriguing why I started a blog where I write. I can only focus at night because I need it to be dark outdoors and I can have no noises of traffic, people or birds. In the ideal scenario, all I can hear is the static humming of the laptop, the external hard drive and the home server. You could tell that I like my electronics. Even though my needs may be excessive, it stands to reason to anyone but my husband that when your spouse is working on a paper, you’re not supposed to listen to music, laugh at funny videos or comment aloud on people’s Facebook updates.

My husband discovered very quickly that I was writing. He insists that when I do, I’m particularly grumpy, though being a really sweet person, I have no clue where his mislead idea comes from. Actually, it’s him who is grumpy when I write. Even when I convince him that it’s basic politeness to put on his headphones when listening to his favourite awful Balkan brass music, he keeps on whistling aloud in what’s clearly out of tune. When he pursues political news, he keeps on insisting that I have a look – it’s not like he married me yesterday and didn’t know yet that I hate politics and that I’m only willing to have a look at something when there are cats.

It took me 3,000 words to say what I had to say about the literary aspect of my paper in plentiful detail. I miraculously managed to write about 2,600 more words about the historical period relevant to the novel. Then I spent two or three days expanding whatever I could expand and though I kept on writing, I was mysteriously still left with 1,000 more words to do. So I started including random facts – like, it’s cold in Scotland; the highest mountain in Scotland is Ben Nevis; the largest city in Scotland is Glasgow – and still, there were several hundred words to go. I ended up inserting random block quotations. The result is a curious collage in the postmodern spirit. Or else a pathetic pastiche of academic paper. I may or may be not exaggerating. The point is that I’ve finished now and I’m no more writing! Or am I? 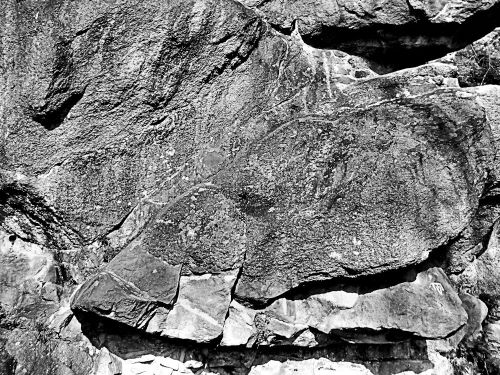 This is a large piece of rock. Would you have guessed? 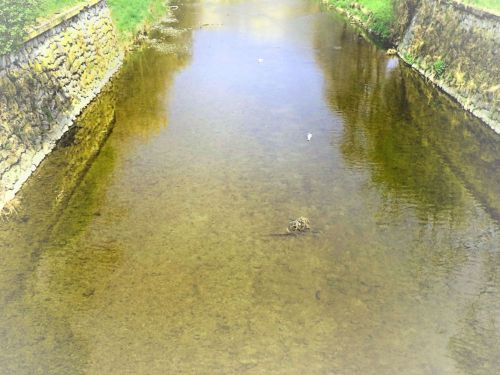 I think that calling this shallow stream a river would offend the rivers. A trough it is then. 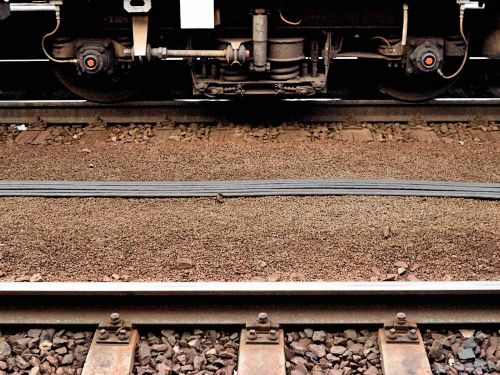 Is it OK for the railway cables to lie like this in between the tracks? I’m slightly concerned. 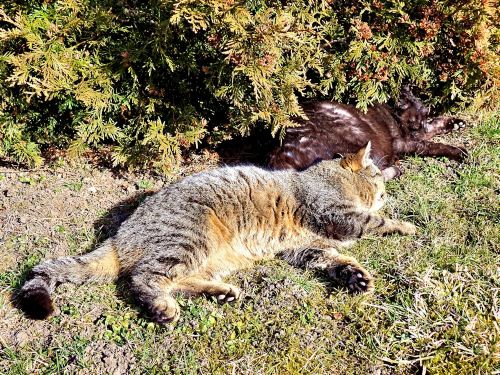 A rare moment of tranquillity between my cats, who normally hate each other. 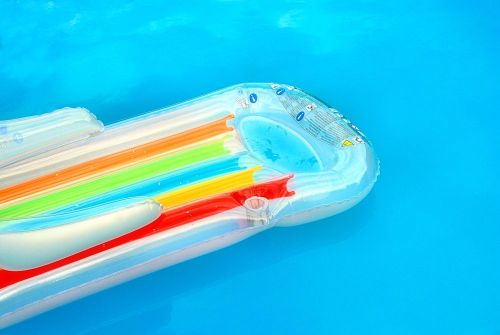 Whew, is it summer already? In response to WordPress Photo Challenge: Summer Lovin’.